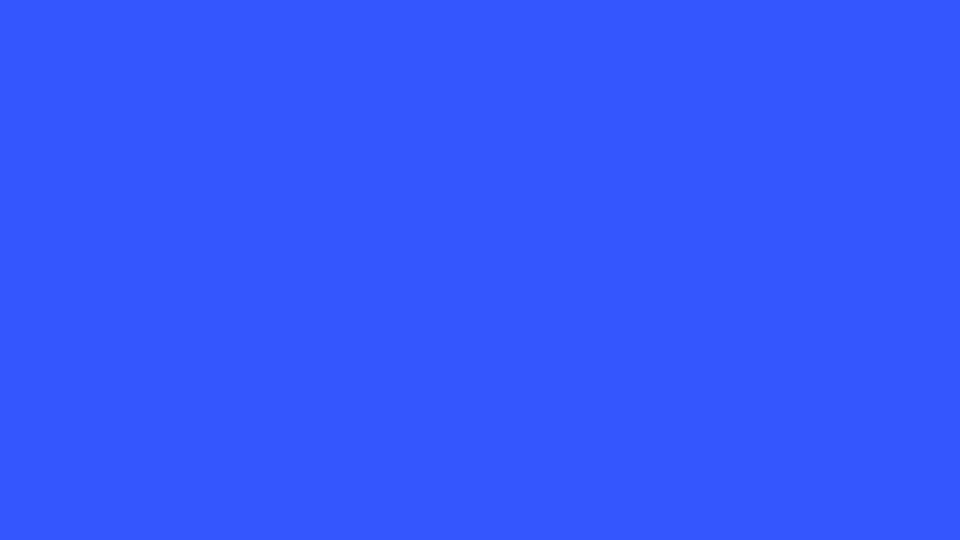 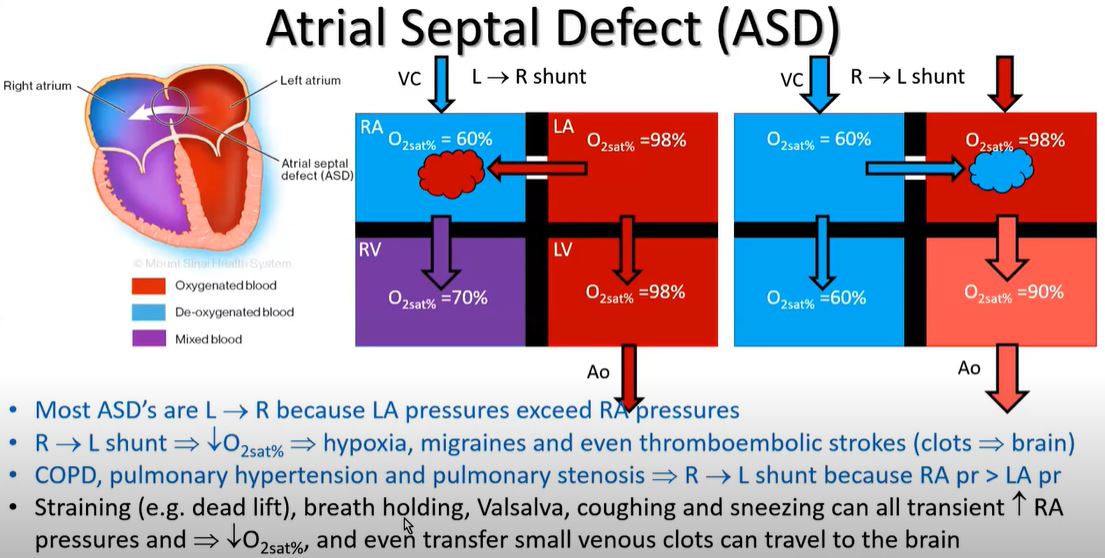 Atrial septal defect (ASD) and patent foramen ovale (PFO) sometimes cause hypoxia and can even cause a stroke: using a haemodynamic approach to understand the physiology and its implications for exercise

The topic of this blog is on atrial septal defects (ASD) and patent foramen ovale (PFO) which are in simple terms holes or flaps that can inappropriately connect the two upper chambers (left and right atria) so that blood may inappropriately move from one chamber to another. This is usually not desirable on the basis that this may lead to double circulation of some blood within the heart and can even lead to some oxygen problems for the heart and therefore the rest of the body.

Atrial Septal Defect (ASD): most ASD’s shunt blood from the left atrium to the right atrium because the LA pressures usually exceed RA pressures. This is generally harmless, although it does require the right heart to double pump some of the blood within the heart making that part of the heart work a little harder. When blood is shunted from LA to RA, this can result in an increase in oxygenation in the RA which is generally not particularly harmful, unless it is very significant levels in which case it could cause some problems in the lungs which I won’t go into here. The more unusual type of ASD is when blood is shunted from the RA to the LA, resulting in in some deoxygenation of LA through to the left ventricle and out into the aorta and the rest of the body. Again, this is not life-threatening on its own. However, this usually signals that there is a problem in the lungs such as chronic obstructive pulmonary disease (COPD), pulmonary hypertension or pulmonary valve stenosis. Straining such as in dead lifts, breath holding, Valsalva manouvre or vigorous coughing and sneezing can all transiently increase RA pressures and can sometimes cause transfer of small venous clots from the right side of the heart to the left side which is then circulated to the brain and can cause a stroke. ASD is comorbid with atrial septal aneurysms. Chronic fatigue syndrome favours right to left shunting for individuals with ASD and this may be related to lower pressures experienced by CFS individuals on the left side of the heart.

Patent Foramen Ovale (PFO): the foramen ovale is functional in utero to bypass the lungs and send blood which is oxygenated derived from the mother directly to the baby’s aorta. This is because in utero the baby’s lungs are not needed to oxygenate the baby until the moment it is born. Normally the foramen ovale seals very soon after birth. If it doesn’t, then it is called a patent foramen ovale (PFO). About 27% of all adults have a PFO and 6% of all adults have a large enough PFO to cause some shunting of blood. Most functional PFO’s are right to left shunts because of the nature of the flap.

Now we come to the exercise considerations for ASD and PFO: many clients with either of these conditions will not know they have them and neither will you as an exercise professional. Fortunately, in most instances these are benign and there will be no restrictions for exercise. If your clients know that they have a ASD or PF0, then follow this guidance: (i) check that there is an anti-platelet such as aspirin or other anticoagulant medication being prescribed; (ii) check that the client has been investigated and treated where necessary for right heart disease such as pulmonary hypertension and/or lung disease such as COPD; (iii) avoid straining exercises such as deadlifts or other very high intensity resistance exercise; (iv) avoid breath holding during exercise and special care needs to be taken with these conditions for deep diving swimmers; (v) avoid very high intensity aerobic exercise which is prothrombogenic. Exercise intensity up to 85% HRpeak or VO2peak is generally safe for these individuals. Use a pulse oximeter early on in your services to detect any transient or exercise-induced falls in oxygen saturation of arterial blood. This can be a useful addition to conventional diagnostic techniques and also guide you for exercise prescription.